At Last: Philo in The Hall of Fame

"While the great minds of science, financed by the biggest companies in the world, wrestled with 19th century solutions to a 20th century problem, Philo T. Farnsworth, age 14, dreamed of trapping light in an empty jar and transmitting it, one line at a time, on a magnetically deflected beam of electrons."

-- From The Boy Who Invented Television by Paul Schatzkin

September 7, 1927 is not exactly a landmark date on most calendars, but it's a date that changed the world.

For that is the date on which television as we know it arrived on this planet.

The date is largely lost to history, along with the man who achieved what was at the time a "breakthrough of epic proportions." His name was

This achievement has been largely hidden from popular history behind a veil of corporate intrigue and deception that has persisted for almost eight decades.

But the industry that was spawned from Philo's fertile mind will go a long way toward lifting that veil on March 11, 2013, when Philo T. Farnsworth is at long last inducted into the Television Academy Hall of Fame for "inventing all-electronic television transmission." Philo T. Farnsworth ca. 1926 - about the time he began to build the first working model. 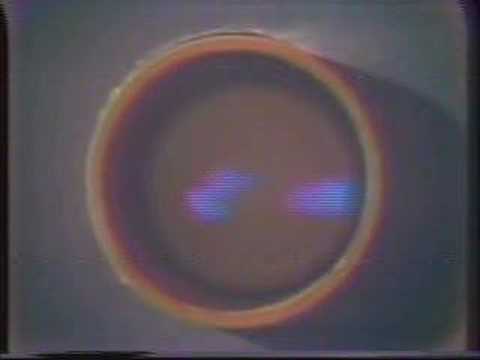 This is where it all began: with a single line of light, shined onto the bottom of one vacuum tube and reappearing on bottom of another -- proving for the first time that television pictures could be transmitted entirely on a beam of electrons.  From this humble beginning has sprung everything from Uncle Milty and Lucy to The West Wing and Honey BooBoo...

The Essential Dates and Numbers:

1921: Philo Farnsworth figures out how to transmit moving images by bouncing electrons around in a vacuum tube.  Legend has it that the idea occurred to him after surveying parallel rows he had plowed in an Idaho beet field.

1927: The principal of all-electronic television transmission is demonstrated for the first time on a work bench in San Francisco on Sept 7, 1927.

1930: 3 patents covering Farnsworth's invention are issued on August 30, 1930.  Patent #1,773,980 includes language that describes the "electrical image," the indispensable ingredient in transmitting television pictures by wholly electronic means.  More than 150 additional patents followed over the next decade.

1930 - 1939: Farnsworth is engaged in patent interference litigation with the Radio Corporation of America, which was determined to seize control of Farnsworth's "electrical image" claim.  The claim was settled in the 1934 Interference #64,027 where in "priority of invention is awarded to... Philo T. Farnsworth."

1939:  Unable to proceed with commercial television without them, RCA accepts a license for the use of Farnsworth's patents.  It is the first time in its corporate history that RCA accepts a patent license from an inventor outside its own laboratories. After nearly a decade of delay, television is ready for the marketplace -- just in time to be stalled for another half-decade by World War II.

1940s and '50s: Television is finally unleashed on the world.  At it's heart is a camera tube called the "Image Orthicon" which is based largely on Farnsworth's patent #2,087,683 in addition to his earlier patents. Shown above is a sketch that Philo T. Farnsworth drew for Justin Tolman, his high school science teacher, in the winter of 1922.  It illustrates the  essential, indispensable  ingredient in the transmission of a television picture: the creation of an electrical counterpart to an optical image, which is then scanned by a magnetically deflected beam of electrons.  This is the singular invention that made television possible. 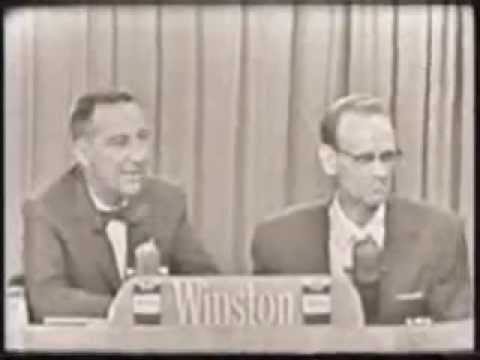 In the summer of 1957, the man who invented it made his only-ever appearance on national television - largely because nobody had any idea who he was.

As a contestant on the popular quiz show "I've Got A Secret," Farnsworth stumped the panel with his secret: "I invented electronic television... in 1922, when I was 14 years old."  His award for the achievement that started an industry?  $80, a carton of Winstons, and emcee Garry Moore's eternal gratitude: "We'd all be out of work if it weren't for you..."

With his induction into the Television Hall of Fame, maybe the secret is out, once and for all

and what's all this about Nuclear Fusion?

Scenes from the Induction Banquet:

Due to unforeseen time constraints, Jessica Farnsworth Moulton was not permitted to read the remarks that she had written in acceptance of her great-grandfather's induction in to the Television Hall of Fame.  Had she been allowed, this is what Jessica would have said:

My name is Jessica:

I am proud to be the great granddaughter of both Philo T. Farnsworth and Elma Pem Farnsworth.

Pem was the same age I am today when she was responsible for transcribing the journals and perfecting the technical drawings of all Philo’s television experiments.

Philo truly believed that Pem’s assistance was the only way to have both television and Pem’s love, which is why we honor them, often as one.

On September 7, 1927 - at a time when women had virtually no place in business or technology, she gladly, stood by his side as they together witnessed the first successful television transmission.

Although they never profited from Philo’s invention or any of his genius, they together changed the world. Forever... and for the better.

Many still doubt that television was invented by a single individual, let alone the undeniable fact that Philo was only 14 when he conceived the first electronic television.

As I child, I remember being cradled in my great grandmother’s arms asking her to tell me about Philo and everything that he achieved.

But when I would tell my friends, with great pride,

that my great grandfather invented the television, they always asked, “Who?”

And so I realized: Philo Farnsworth was the most famous man no one’s ever heard of... until tonight.

Tonight, I’d like to thank the Academy for honoring the entire Farnsworth family by inducting the true father of television into the Hall of Fame.

This has encouraged me to continue sharing the truth about Philo, and I believe it will inspire a new generation to also believe that anything is possible.

Thank you, for helping our family set the record straight. And thank you to all who understand the importance of Philo’s genius, each time the turn on a television

Tonight, after nearly a century of neglect  the academy has not only honored Philo with this induction, but inspired the Farnsworth family to continue to tell the story as it really was. The Farnsworth Family and friends took their place on the red carpet before the show.  This is what the papparazzi look like from the other side. The Banquet was held in the International Ballroom at the Beverly Hilton Hotel.  If the scene looks familiar, that might be because this is where the Golden Globes are held each year.  From L-R Jessica Moulton, Kent Farnsworth, Georja Skinner, Jonathan Moulton, and Linda Farnsworth Skee Farnsworth, Jessica and Krishna after the show with fellow inductee Ron Howard.

see video of the presentations and acceptances here. Paul Schatzkin's epic biography The Boy Who Invented Television traces the entire arc of Farnsworth's life, from inventing television to the ensuing discoveries that inspired a path to clean and inexhaustible energy from nuclear fusion.

Purchase a copy from Amazon.com Several books have been written about Philo T. Farnsworth in recent years.  Distant Vision is Pem Farnsworth's detailed and loving first hand account of the life she and her husband led "on the invisible frontier" of invention and discovery.

Purchase a copy from the Farnsworth Archives.

"When Picasso was wildly experimenting with deco cement
THIS MAN WAS DRAWING WITH ELECTRONS,
And you still don't know him, or what he really did..."
---from The Electromagnetic Spectrum Blues
an elegy to Philo Taylor Farnsworth
composed by Max Crosley
on the day of Farnsworth's death -  March 12, 1971

Photos from the week in LA 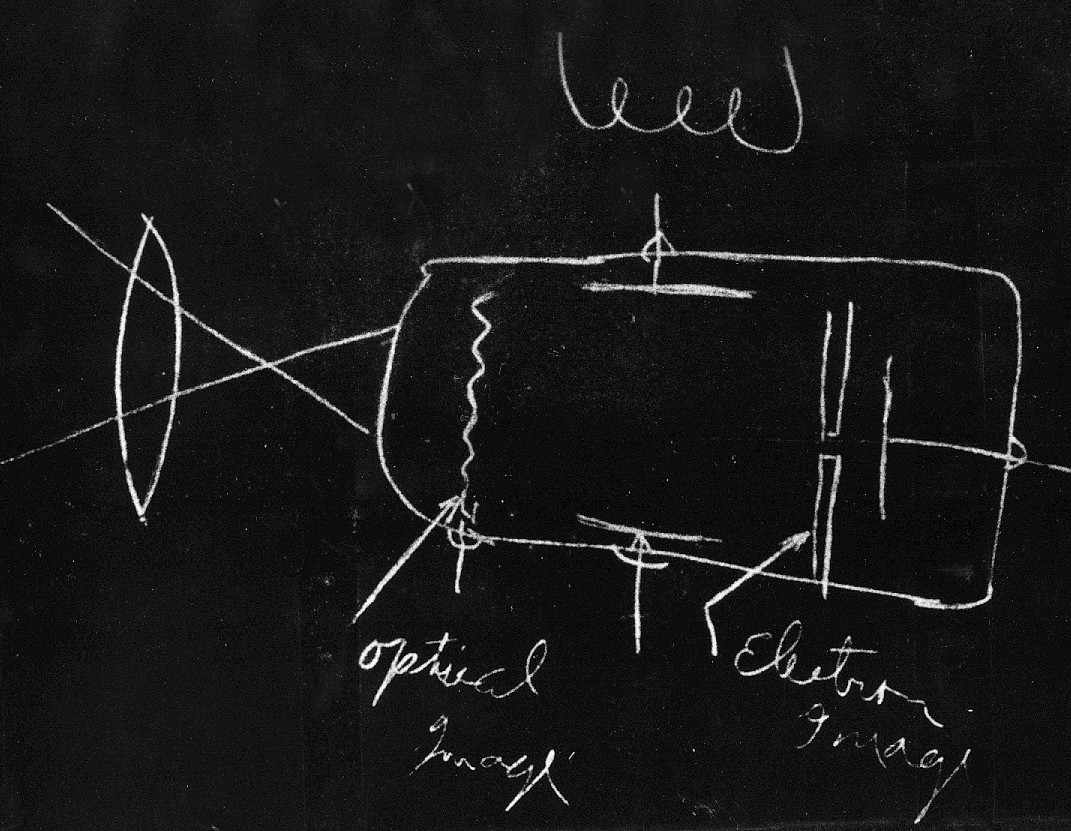